Lefkada, the island that enchants every visitor. The vast wooded areas, deep blue waters of the Ionian sea, the sun shines so bright above the island by day and the sweet light of the moon every night fills the sky creating the perfect setting for your dream vacation.

The idyllic island belongs to the Ionian complex. The particular element of Lefkada is that it is the only island that has road access, so it is known as the “mainland island”.

Olympia and Ionia Street have recently transformed road transport making it more than comfortable and have minimized access time.

It is the fourth largest island in the Ionian Sea and covers an area of 302.5 sq. Km. It is located 100 m. from Akarnania and, thus, connected by a floating bridge.

The island of Lefkada with the surrounding islands Meganisi, Kalamos, Kastos, Scorpios, Madouri, Thilia, Sparta and Kythro form the Prefecture of Lefkada. Its capital is the city of Lefkada and is divided into six municipalities and two communities.

Lefkada is an island with endless natural beauties. It is a whole natural attraction with seaside towns and villages, built in the green nature. The mountains of the island comprise significant habitats in which many rare species of plants, birds and mammals live while one can come across dozens of caves, waterfalls and springs. Lefkada has many picturesque beaches characterized by turquoise waters which are amongst the most beautiful ones in the entire Mediterranean. On the west coast, the famous beach Porto Katsiki has often been voted by the most international travel magazines as the most beautiful Mediterranean beach.

The island is renowned for its famous embroidery and weavings made by women mostly in Karya. Traditional cuisine of Lefkada bourdeto, cod Bianco, the smelt-pie the frygadeli, the Eglouvi lentils and various delicious pies.

The island has gained world glamour, to a large extent due to the fondness that Aristotle Onassis felt for it. It is no coincidence that the Greek Croesus chose to create his personal paradise in this place. Scorpio, the famous island of Onassis, which hosted some of the great figures of modern history is located opposite Nydri. Recently, the Russian Croesus Rimpolovlef bought the “legend” island from Onassis’ granddaughter. 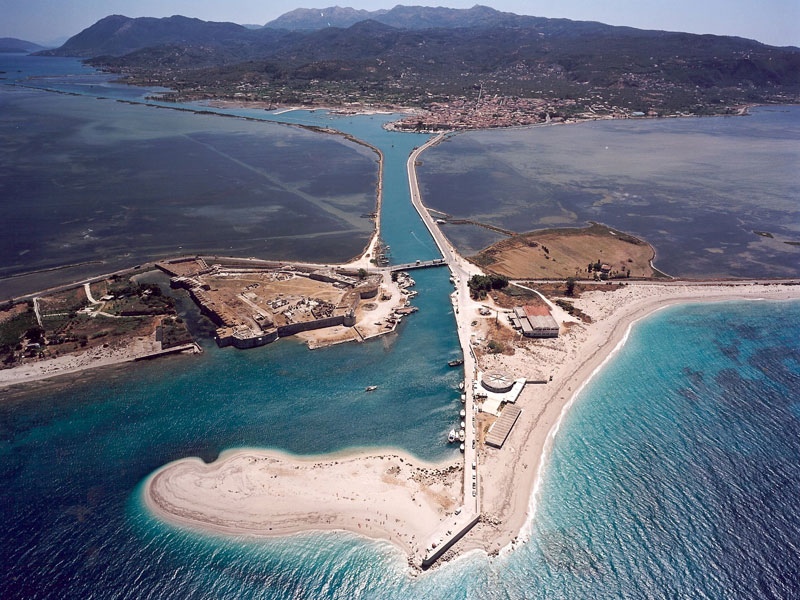 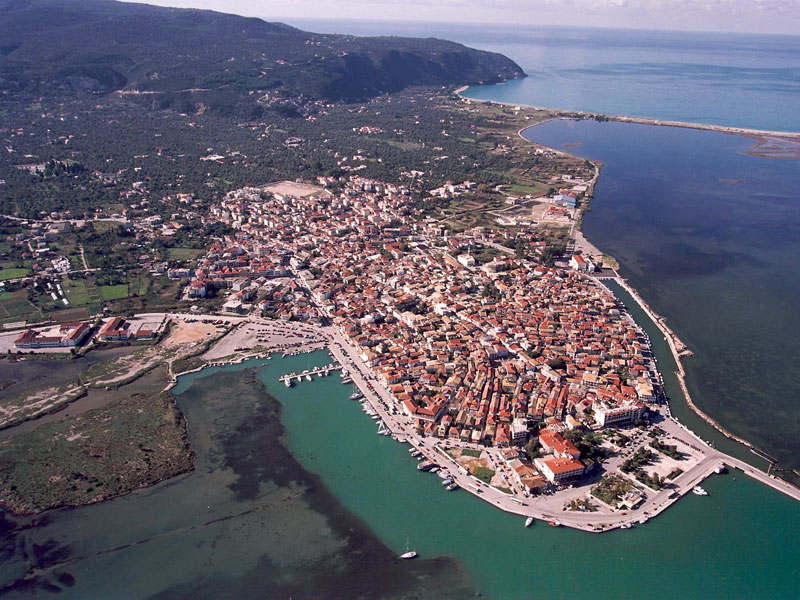 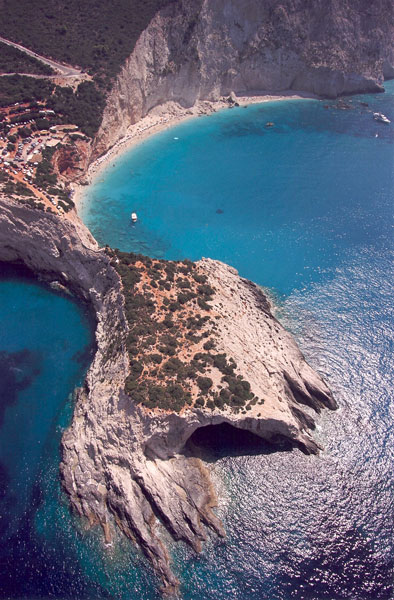